Hymns for Private Use is the 5th album released by the Akropolis Reed Quintet and features original works by composers Annika Socolofsky and Nico Muhly. Akropolis is joined by soprano Shara Nova, along with 7 small business owners across the United States. These two large-scale works for reed quintet and voices are connected by intimate stories of ambition and devotion.

About Hymns for Private Use

"Hymns for Private Use" is the 5th album released by the Detroit-based Akropolis Reed Quintet and features original works by composers Annika Socolofsky and Nico Muhly. On Socolofsky’s "so much more," Akropolis is joined by 7 small business owners from 4 states whose personal stories of community and sacrifice are woven together on a spoken word track, sourced from over 7 hours of interviews conducted in 2020. Soprano Shara Nova joins Akropolis on Muhly’s "Hymns for Private Use," which draws upon 5 spiritual texts from early English sources from the 12th to 18th centuries. These two large-scale works for reed quintet and voices are connected by intimate stories of ambition and devotion made available for each listener’s own “private use.”

The Detroit based, Billboard charting Akropolis Reed Quintet is a factory of untamed sounds and ideas. Over their 14-year history, they have commissioned more than 150 works with dozens of multi-disciplinary collaborators to pioneer a new musical genre: the reed quintet. With a “collective voice driven by real excitement and a sense of adventure” (The Wire), Akropolis has “taken the chamber music world by storm” (Fanfare). Kari, Matt, Andrew, Ryan, and Tim are united by a shared passion: to use their virtuosic wind power to form lasting relationships.

Winner of 7 national chamber music prizes including the 2014 Fischoff Gold Medal, Akropolis delivers 120 concerts and educational events each year. “There's nothing tentative in [Akropolis’] approach, and that extends to their programming of multifariously challenging and imaginative new works” (The Wire).

"so much more," composed by Annika Socolofsky, features spoken words from small business owners interviewed specifically for this project. Each business owner shares a personal connection to the album’s contributors, including 4 on Detroit’s “Avenue of Fashion,” where Akropolis is based; Soclofsky’s uncle, a farmer in Kansas; project videographer XUAN's mother in North Carolina, a wig maker; and an LGBTQ+ wellness business near Akropolis’ oboist in Boulder, Colorado. What comes next is a musical journey celebrating these individuals' experiences, and what it means to be a small business owner today in America.

We invited you to explore and support each of these small businesses by clicking below! Their interwoven stories shine a light on how we all can continute to suport our local businesses, and in turn, strengthens our communities.

so much more Video Release

"so much more" was created through the collaboration of 7 small business owners, composer Annika Socolofsky, filmmaker XUAN, and Akropolis. A cornerstone of this album, "so much more" is an interwoven fabric of stories, showcasing the shared experiences of being a small business owner in the United States today. As a part of this project, Annika and XUAN each interviewed members of their family, making this project all the more meaningful. This video accompanies the live performance of this piece, and truly deepens the listening experience of the album recording.

Xuan is a new media artist, filmmaker, and pianist working at the intersection of music, visual art, and technology.

Annika Socolofsky is a composer and avant folk vocalist who explores corners and colors of the voice frequently deemed to be "untrained" and not "classical." Described as “unbearably moving” (Gramophone) and “just the right balance between edgy precision and freewheeling exuberance” (The Guardian), her music erupts from the embodied power of the human voice and is communicated through mediums ranging from orchestral and operatic works to unaccompanied folk ballads and unapologetically joyous Dolly Parton covers. Annika writes extensively for her own voice with chamber ensemble, including composing a growing repertoire of “feminist rager-lullabies” titled Don’t say a word, which serves to confront centuries of damaging lessons taught to young children by retelling old lullaby texts for a new, queer era. Annika has taken Don’t say a word on the road, performing with a number of ensembles including Eighth Blackbird, Albany Symphony, Knoxville Symphony, New European Ensemble, and Latitude 49, among others. Her research focuses on physiology in contemporary vocal music, using the music of Dolly Parton to create a pedagogical approach to composition that is inclusive of a wide range of vocal qualities and colors. She is Assistant Professor of Composition at the University of Colorado Boulder and holds her PhD in Composition from Princeton University.

Nico Muhly, born in 1981, is an American composer who writes orchestral music, works for the stage, chamber music and sacred music. He’s received commissions from The Metropolitan Opera: Two Boys (2011), and Marnie (2018); Carnegie Hall, the Los Angeles Philharmonic, The Australian Chamber Orchestra, the Tallis Scholars, and King’s College, Cambridge, among others. He is a collaborative partner at the San Francisco Symphony and has been featured at the Barbican and the Philharmonie de Paris as composer, performer, and curator. An avid collaborator, he has worked with choreographers Benjamin Millepied at the Paris Opéra Ballet, Bobbi Jene Smith at the Juilliard School, Justin Peck and Kyle Abraham at New York City Ballet; artists Sufjan Stevens, The National, Teitur, Anohni, James Blake and Paul Simon. His work for film includes scores for for The Reader (2008) and Kill Your Darlings (2013), and the BBC adaptation of Howards End (2017). Recordings of his works have been released by Decca and Nonesuch, and he is part of the artist-run record label Bedroom Community, which released his first two albums, Speaks Volumes (2006) and Mothertongue (2008).

Hymns for Private Use by Nico Muhly

Hymns for Private Use is a sequence of five songs with texts drawn from early English sources from the 12th to 18th centuries. The first movement, Virga Rosa Virginum, is a macaronic text (having verses in both English and Latin) focusing on the Virgin Mary and her son; as with many pre-modern texts, Christmas is marked with a vision of the cross. The English text is presented narratively while the Latin text is floating, quiet, and ecstatic.

The second movement, The Holy Spirit is by the Hymnodist Anne Steele (1717–1778), and the soprano asks jagged questions over the reed quintet’s simple chords.

The third movement, Sleep, is a 17th century translation of St. Ambrose’s 4th century original, is a wonderful piece of word painting. The soprano sings a simple, slow melody while the winds busily twitch; the process is essentially the reverse of the second movement.

The final movement, Hark, the Vesper Hymn is Stealing, comes after the wordless vocalise that finishes part four, and is a setting of a simple hymn about the closing of the day. As with the fourth section, it comes from an 18th century hymn tune, vandalized slightly with motor-music, loose melodic figures, and anxious rhythmic interjections from the bassoon and bass clarinet.

Commissioning credit: "Hymns for Private Use" was commissioned by Het Concertgebouw Amsterdam and Wigmore Hall, London, with the support of André Hoffmann, President of the Fondation Hoffmann,a Swiss grant-making foundation in 2012.

so much more by Annika Socolofsky

so much more, composed by Annika Socolofsky and performed by the Akropolis Reed Quintet, features spoken words from small business owners interviewed specifically for this project. Each business owners shares a personal connection to the album’s contributors, including 4 on Detroit’s “Avenue of Fashion,” where Akropolis is based; Soclofsky’s uncle, a farmer in Kansas; the videographer’s mother in North Carolina, a wig maker; and an LGBTQ+ wellness business near Akropolis’ oboist in Boulder, Colorado.

After Akropolis, Socolofsky and filmmaker XUAN (who has created a performance-length music video) collected more than 7 hours of interview footage, the interviews were compiled by Socolofsky into a 17-minute fixed media track played alongside the reed quintet music.

The interviews are woven together into a musical fabric that highlights the unique experiences of being a small business owner in the United States today. Sometimes individuals speak alone, and other times, complete strangers seem to be in dialogue. The final recording is both an auditory and narrative journey, as the listener experiences the development of musical ideas alongside the powerful themes of devotion, sacrifice, and community.

Additional Credits and Thanks

Akropolis would like to thank the seven small business owners Kay Willingham, April Anderson, Garnett Archer, Sabrina Swain, Bruce Knudson, KJ Whitney and Keke Liu for opening up their hearts and for sharing their stories with us. Thank you to Shara, Nico, Annika, and XUAN for all of their support in helping Akropolis bring this music to life. 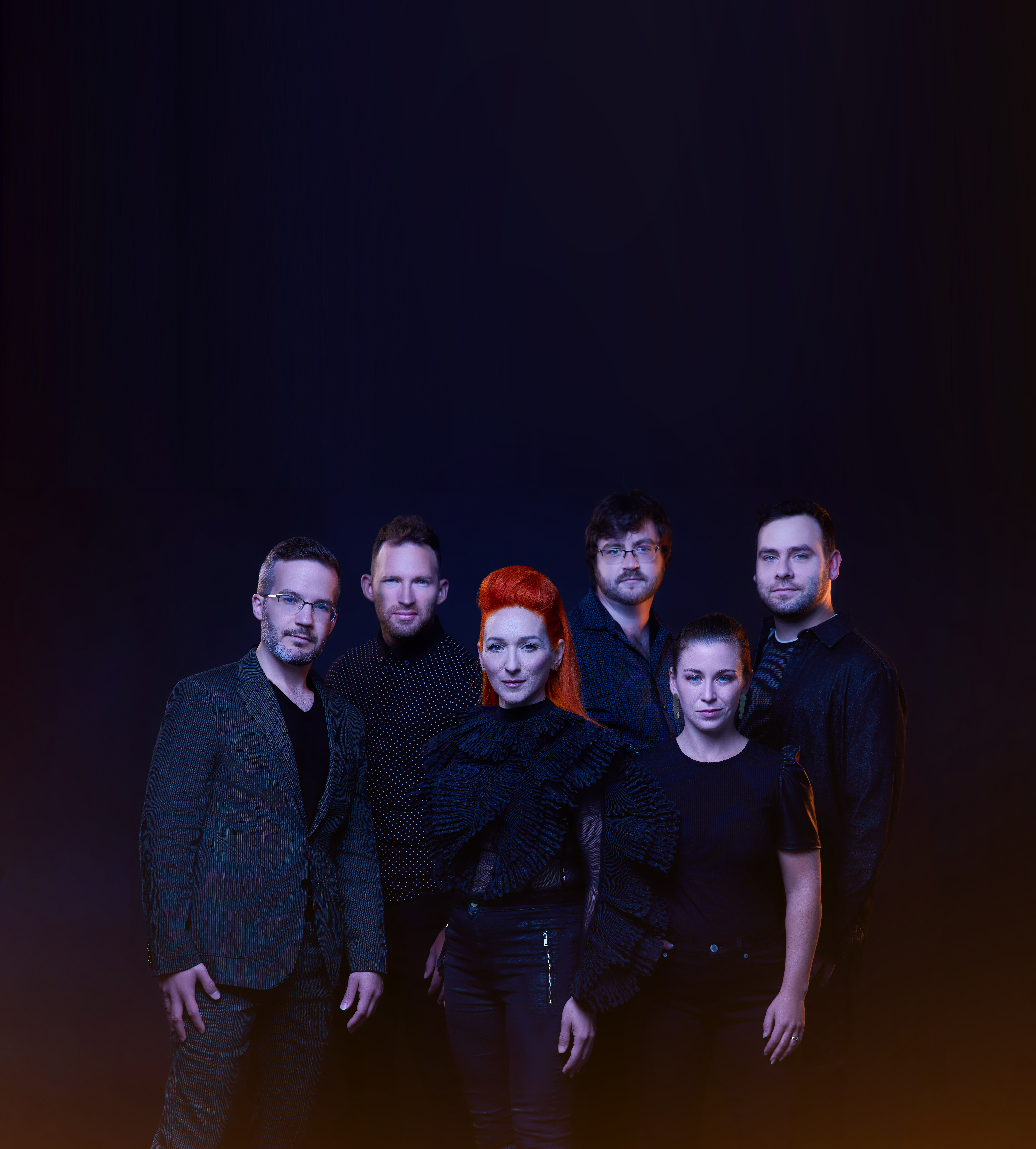